The online gambling industry is colossal. Figures for 2021 put the global online gambling market at $72.02 billion, and it’s expected to reach $112.09 billion by 2025 at a compound annual growth rate of 12%. To offer some context into these astounding numbers, $112 billion equates to the GDP of Ukraine, as published by the World Bank.

With so much money washing around, it’s unsurprising that some rogue actors have entered the online casino industry through the years, be this online, or via a real money casino app. However, government regulators have managed to get a firm grip on things to ensure that casino games are honest and deliver fair play.

Whether it’s the New Jersey Division of Gaming Enforcement, the Michigan Gaming Control Board, or any other authority, it is their duty to protect players. This includes industry-standard security features for when you deposit cash through to independent testing agencies that audit the software. If operators don’t comply with the rules and regulations set forth by the governing authority, they can be fined, have their license suspended, or even taken away from them.

This leads to our focal question, is FanDuel rigged? In a nutshell, it’s highly improbable, particularly as it operates mainly in the highly regulated US market. Our review article will expand upon this answer, so you can make up your own mind if a FanDuel account is right for you. 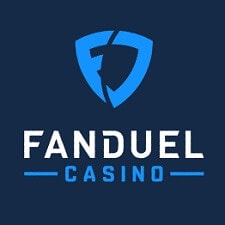 Reddit is the leading online discussion website where players go to vent their frustrations with the FanDuel casino app. Of course, this has to be put into perspective. FanDuel has thousands of customers visiting its casino every week, and it’s more likely someone will start a thread with a complaint rather than merely to offer praise. With that said, our review research didn’t uncover much, but here’s a summarized view of some comments.

One Redditor made the claim that he believes FanDuel Blackjack is rigged. They said that whenever they hit on 12, they would always bust, but if the dealer had to hit on 16, it would always be a low-value card, which would give the house the win.

A reply to this post from an experienced player said that there is a general mistrust around RNG blackjack games regardless of the casino, leading to most players only playing at live dealer tables.

Another grievance was from someone who contacted FanDuel customer service, asking them to disable the casino as he would win his sports bets and then lose the money in the casino. This wasn’t a direct complaint that the casino is rigged, but more a grumble that customer support wasn’t able to comply with his request. On a closer look, it appears that FD is among the best-rated casino apps on Reddit with the most positive and least negative reviews.

As touched upon above, online blackjack seems to get the most attention as being rigged on the FanDuel casino website – and that of many other sites. We feel the blackjack game comes under the spotlight because players ‘believe’ it’s easier to identify patterns at the table.

For instance, how can you really tell if online slot machines are rigged? Some of these games can go 10 or 20 spins without returning a nickel, but then the next spin could take down the jackpot. Blackjack, on the other hand, is a decision-making game. The player must choose whether to hit or stand. Furthermore, they can see what the dealer has and what they need to win.

If fair to say, there’s no smoke without fire, and if enough players share the same feeling about these online casino games being rigged, it’s something to consider. However, could there be elements of a gambler’s fallacy involved? Do players remember a couple of bad beats, and these get magnified into the entire game being a scam?

To broaden this debate, according to Quora, the record number of consecutive red numbers playing roulette is 32, which happened at an American casino. If other players had continuously bet on black, they would probably be screaming fraud. The point is consecutive runs of a blackjack player busting from 12 or the dealer hitting the right card can – and will – happen. It by no way is a fair judgment to call the game rigged from a small sample period. 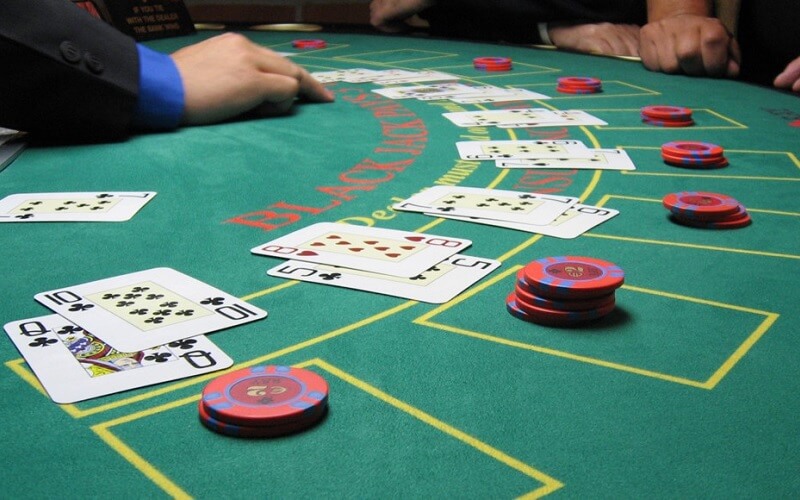 Some players bet thousands of dollars at the FanDuel online casino. As we all know, the house has an edge on every game, so the casino always wins in the end. From a purely pragmatic view, it’s simply not to FanDuel’s long-term advantage to offer rigged games on its site. In addition, there are a number of safeguards and measures to strengthen the case that this is one of America’s most legitimate sites.

Unlike the DFS industry, casino gaming is heavily regulated in the US. As FanDuel only operates in legalized states, it’s continually under the regulators’ laws and supervision. Consumer protection is one of the leading programs of these agencies. Their mission is to protect players from fraud, even if it’s only for a few dollars. As a result, there are literally zero complaints concerning FanDuel Casino banking methods.

All FanDuel casino games – except for live dealers – use random number generator (RNG) software, which determines the outcomes of the games in the casino. By assuming FanDuel is rigged, is believing that the RNG is corrupted. However, to counter this, we know that all these games are audited regularly.

For example, the New Jersey DGE has its own Technical Services Bureau (TSB) that ensures the integrity of playing online casino games in the state. Within the TSB, there’s an engineering unit and quality assurance department, which run preliminary tests on the games. They must then undergo an independent audit to be verified.

FanDuel casino doesn’t develop its own games. Instead, it uses software from developers, including Microgaming, NetEnt, and IGT to get a hold of the best slots you can play at FanDuel today. For FanDuel to run rigged games, it would likely mean that it was in cahoots with its providers. These are multi-million-dollar organizations that supply hundreds of online casinos worldwide. Are we expected to believe they would tarnish their reputations just so FanDuel can make a few more dollars?

Moreover, the software developers themselves are licensed, and many hold a seal of approval from eCOGRA, which is one of the world’s leading independent testing agencies. The games – whether played for tens of thousands of dollars or for free – are rigorously checked to ensure the RNG is random and the published RTP (return to player) percentage is accurate.

When playing online casino games, the minimum requirements we expect as players are that the sites are secure, the games are fair, and winnings are paid in good faith. Unfortunately, this isn’t always the case.

One such instance involved an online poker site – AbsolutePoker. A player in a $30K real money tournament noted a lot of irregular play, so he requested his hand history after the competition. Upon receiving data for all players at his tables (instead of just his own), he was able to spot instances of collusion.

It appeared as if one player could see everyone else’s cards, and he informed a second player, who went on to win the tournament. After following the IP addresses, it turned out that the players involved in this rigged game were the co-owner and the director of operations of AbsolutePoker. It’s believed that this poker site stole nearly a million dollars through this type of scam.

Several offshore casinos and poker rooms have also come under the spotlight on more than one occasion. These sites, which are not legal in the US, sometimes operate without licenses. You can find pages upon pages on Reddit and forums of players giving detailed accounts that certain games are such a scam. It should be noted that these allegations tend to remain unproven, but this is largely because most offshore casinos operate in the shadows away from regulatory authorities.

So, how can you ensure the thrills and excitement of Las Vegas while also guaranteeing a fair gaming experience online? Here’s a quick checklist to guide you.

It simply is not worth the risk of playing real money games on a site that isn’t licensed in your country or state. Regulators are there to make sure online casinos are playing by the rules. Of course, this also applies to sports betting and daily fantasy games. FanDuel is a perfect example of a licensed company in this regard.

It’s somewhat of a falsehood that gambling sites don’t like big winners. These players are tremendous for marketing as it’s a sign the games pay out and real people do win. Furthermore, you want to look out for online casinos with a good reputation before you start playing. For example, the FanDuel casino app has a 4.7/5 rating in the iTunes App Store, with more than 13,500 reviews. Clearly, customers are more than satisfied with this casino based on this, while the FanDuel casino bonus code could also contribute to the above.

Stick to casinos – like FanDuel and our other top-rated US sites – that work with licensed software providers. This way, both the developers and the casino are under the watchful eye of the regulator, which virtually eliminates any funny business from going on. And if the FanDuel app is not working or you face any issues, the support team will rush for help.

Whenever you are playing an online casino game, naturally you want to ensure you have a fair chance of winning. Whether you are playing video poker, a live casino game or an online blackjack game, the thought of getting cheated out of potential winnings is infuriating. However, if you are on a losing streak on the FanDuel live casino options or a table game, you should try and avoid the conclusion that the games are rigged.

That doesn’t mean you shouldn’t question if something doesn’t feel right, but everything needs to be considered in the correct context. As a casino player it would not be wise to jump to any quick conclusions that your live blackjack game is rigged. The odds are already stacked against you, so FanDuel doesn’t need to cheat you to be profitable.

Even if they did attempt to try and cheat players, their regulatory agency would be all over them, and if any money was taken incorrectly from you, it would be returned very quickly. Remember, the FanDuel sportsbook is one of the biggest and most popular in the US, so it doesn’t want to lose the faith of bettors. Any irregularities with data would be identified instantly, and if you trust a physical casino you should have no problem trusting an online casino, especially one as revered as FanDuel Casino.

When it comes to online gaming, having a sound basic strategy can see you make some money without worrying about being cheated. You will also have some fun along the way.